We encounter sources of radiation every day, from natural background radiation to bananas. (Yes, bananas emit gamma rays, but you’d have to eat 5 million bananas in one sitting to get any kind of radiation sickness.) The absorption of this radiation is measured in units called the sievert (Sv). As the chart explains, we absorb approximately 0.1 microsieverts (μSv) of radiation per day from eating a banana, 10 μSv from background radiation and 20 μSv from a chest x-ray. That’s more than the radiation you’ll absorb from living within 50 miles of a power plant (0.09 μSv). Even a coal power plant generates more radiation (0.3 μSv) because coal has trace amounts of uranium.

Here is the chart from http://xkcd.com/radiation/: 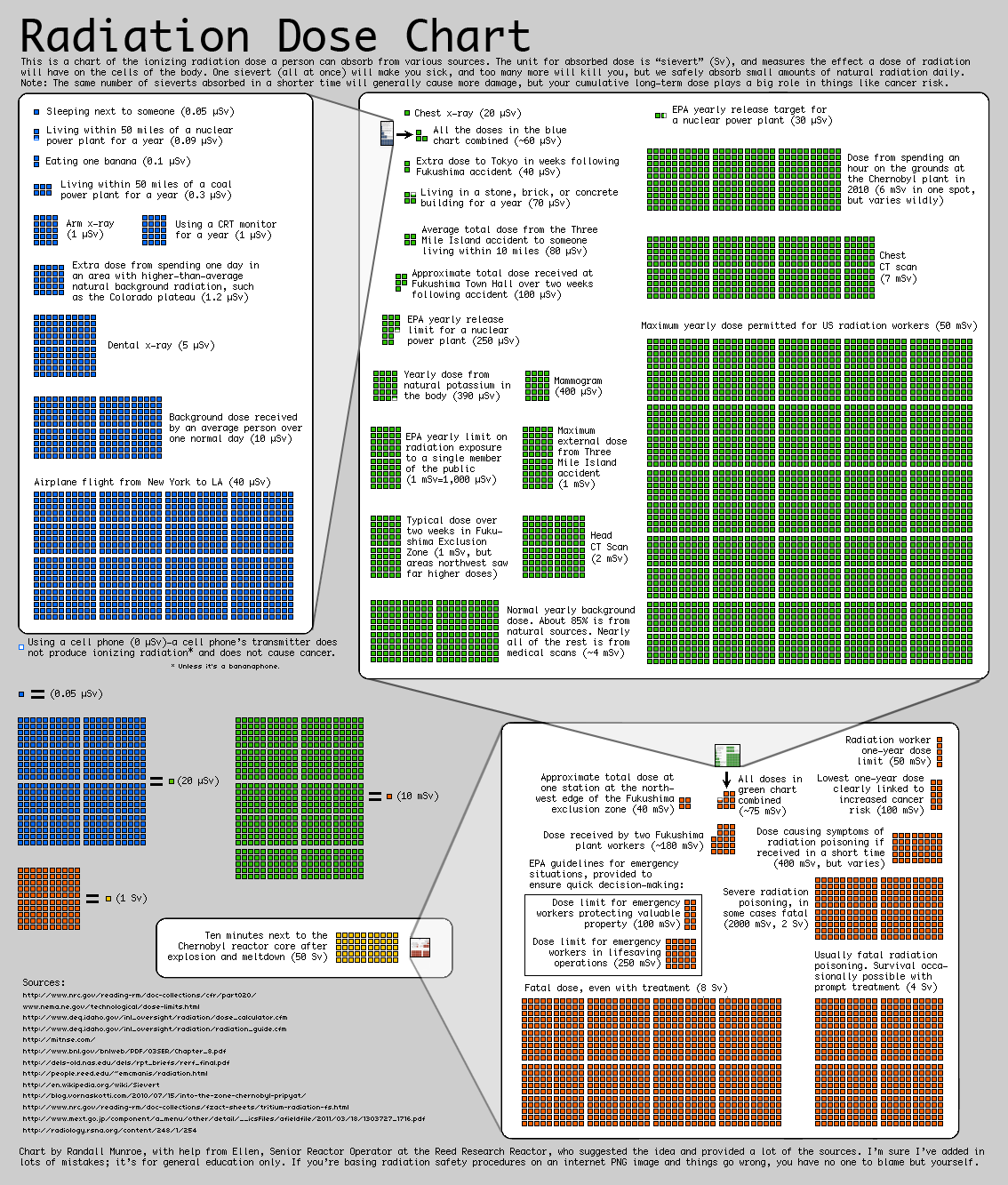