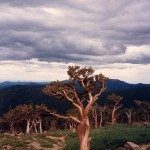 One of the earliest photos I took of a bristlecone pine in Colorado, USA circa 1987

I have been taking photos since I was 12 years old, when my father taught me to shoot on his Nikon F1 SLR. Since then I have been on and off photography. My interest in photography was rekindled in my early 20’s when I bought my first digital SLR (EOS 1D) in 2001, and digital photography grew to obsession when I emigrated to New Zealand in 2002. During the time of my arrival to New Zealand, my output exploded as there was simply so much beautiful to photograph. In 2005, when I was regularly updating my work, this site was getting getting 50,000 visitors a month! The traffic is much more humble number these days as there has been so many great New Zealand photographers who have found there voice online. I was simply an earlier adapter online.

In 2007, I was invited to go to Poland by a really good friend to do a photo exhibition in Warsaw. It was great fun – I travelled to many different countries including Italy, Britain, Ireland, Portugal, Denmark and Austria. However, half way through this tour of Europe, I just became completedly burned out by taking photos. I just put my camera in the bag and put in a box when I arrived home. None of the photos I took in Europe every made it too my website and and are still sitting on an old hard drive somewhere. 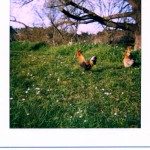 my first polaroid photo in 2008

After nearly a year of no photography, I read the news that Polaroid was going out business. I felt saddened and intrigued at the time.  On whim, I bought 3 packs of 779 film off ebay and then a $50 Polaroid One step camera off Trademe. I took a 2 hour trip to a small farm near Tauranga to pick up the camera and then headed back to Auckland. On the way back, I saw some proverbial chickens crossing the road. I popped in the film and was startled by the sudden expulsion of the black cardboard used to cover the unexposed film. I saw the chickens in the grass and took my first shot since I was in Europe over a year ago.

Then I became hooked on photography all over again. I joined Flickr.com and Polanoid.net to try to learn as much as I could about instant analogue photography. I bought heaps (and sold heaps) of different analogue cameras. Not just polaroid cameras, but 120 film cameras, 35mm cameras, 4×5 Cameras, as well as oddities such as the Polaprinters and Polaroid ColorShot Printers. I started to learn how to develop negatives for both and colour and black & white films. I seemed that I got a second wind at photography. 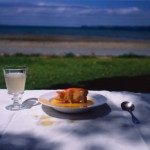 One of my first miniature photos

One of the things I’ve really had a lot of fun with recently was shoot minature models against New Zealand landscapes. It started out by simply shooting a few ‘G.I. Joe’ type figures when I had bought cheaply online and putting in different landcapes or situations. Other times I had bought minature HO train scale models and shot them with close up lens.  These shots are quite challenging as I never shot them with a ground glass (taking a tripod is too cumbersome) and had to measure the the exact distances with measuring tapes to get the correct depth of field. I would be embarrassed to say how many ‘rookie’ mistakes and expensive film I’ve wasted – however, knowing that people spend countless dollars on cigarettes, I think buying film is a much healthier hobby!

A question I get asked a lot is if I still shoot digital – the answer is a resounding yes! I have countless snap shots of friends, sillie selfies and panoramas that I shot on my mobile. I still occasionally snap a few on a DLSR. I am fairly agnostic whether one medium is better than the other, it depends on the situation.  I have tons of digital backups as well as negatives that I’ve taken. I would definitely recommend anyone who has only shot digital to try film, the process slows you down and helps compose shots better.