I’ve recently found out about a Mad Max theme party that takes place in the Southern California dubbed the ‘Wasteland Weekend‘ – so I thought it would be an excellent way break a dry spell in my blogging. So what exactly is the Wasteland Weekland? From their site:

First our event is costumes-required (so there are no gawkers, only participants in the theme) and we’re laser-focused on only one theme: post-apocalyptic. Wasteland Weekend, on the other hand, is a place where all of the organizers and participants collectively contribute to one specific unifying theme, creating a powerful movie-like setting.

The event starts on the 23rd of September 2011 in Los Angeles. For those like me in the southern hemisphere, the USA is playing Australia in Rugby world cup that day, maybe they’ll have a match of post apocalyptic footie (or juggernaut) between the Aussies and Yanks in the Thunderdome ?

Here are some great pics from the 2010 event from lady_wolf_star’s photostream : 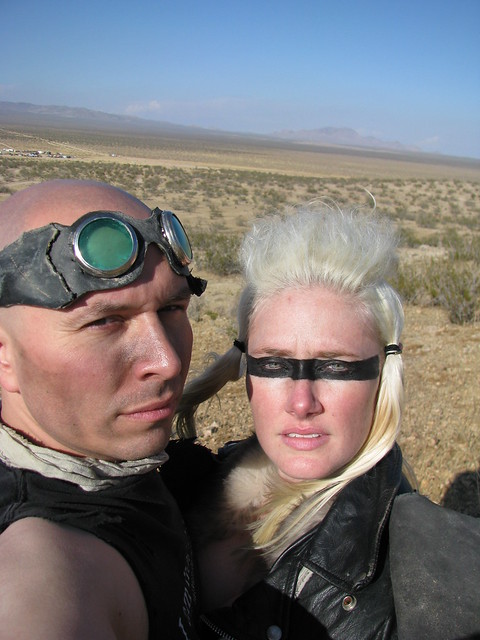 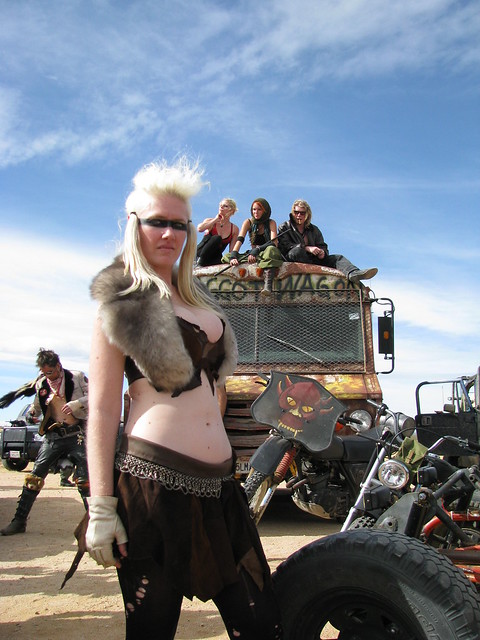 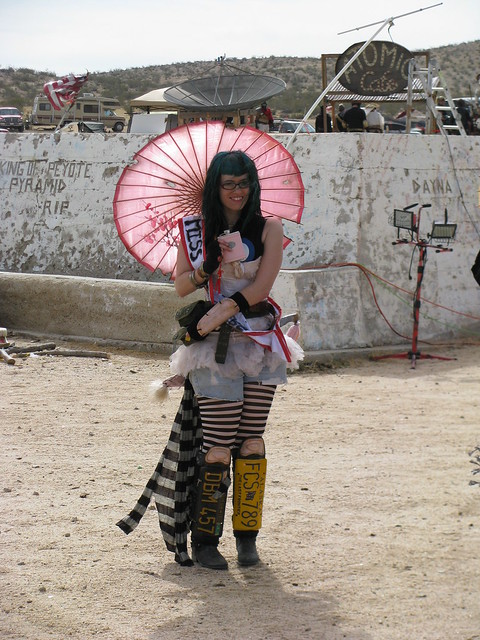 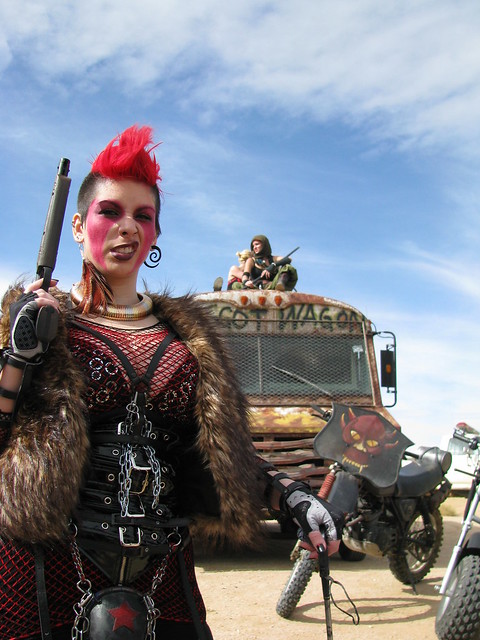 But wait, there’s more! You think American’s are the only ones with a penchant for Post Apocalyptic revelry? Check out Russia’s Fallout Party near St Petersburg back in ’09  (based on the Fallout Computer Game) and then with their STALKER based party in Crimea in ’10. From mutants to power armour all set in a post industrial landscape, these guys don’t muck around (from http://star-tm.ru/).

Here are some pics from these events:

STALKER Theme via http://sdmobile.livejournal.com/21321.html#cutid1 (heaps of pics there):

Here some from the FALLOUT theme party via http://sdmobile.livejournal.com/19621.html#cutid1:

Kiwis, we need’nt feel left out, Wellington broke out its number 8 wire and put together its own apocalyptic party, of the zombie variety earlier this year:

The Old Fever Hospital in Wellington recently experienced a deadly outbreak.
Fifty unsuspecting visitors were infected by zombies in a terrifying attack at the historic Mt Victoria site, which has long been the location of suspected paranormal activity.
This extraordinary event was captured by a television documentary crew and will be broadcast for the first time on Four this week.

Fortunately, the outbreak has been contained and traced to Wellington film student Amber Cadaver – coy when asked if her surname is her legal name – who was among the winners of the Smirnoff Night Project competition run last year.

The vodka brand issued an open call to New Zealanders for the most original and outrageous ideas for a one-of-a-kind event, which it would provide financial and technical support for, and document in half-hour episodes for a television series hosted by Elemeno P front man Dave Gibson.

Of you want to see some piccies (from four.co.nz)!

And how they cast the zombies:

So there you have it, road warriors, mutants and zombies – enough to get your juices flowing for your own post apocalyptic theme party!