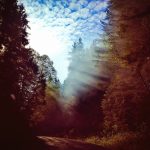 This property is now for sale.

In August 2016 – I met up with an old friend Troy Moth, who hails from Sooke, Vancouver Island. Troy was interested in hearing about our new venture with Outlier Cartel. Troy and his best mate, Josh Lambert where both interested in buying a chunk of dirt where they could establish a farm and create a haven for offbeat creatives and tech geeks such as myself, but instead of it being in an urban environment like Silicon Valley – they wanted to build something in a more natural, rural area.

They told me about this great place called Tahsis, that was very off the beaten path. When we saw the property – we all fell in love with it and what it’s potential could be. It’s a beautiful property of undulating hills, evergreens, with stony beach waterfront and loads of room to grow (nearly 75 hectares). We decided to in on in October and thus created Tahsis Farm.

Everything here is a work in progress – one of the first orders of business is tidying up the land and we have a dream of building a destination brewery here + much much more.

Our Tahsis Farm website is a work in progress and all I can say is watch this space! 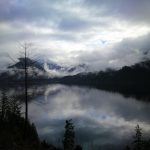