What Dreams May Come

I just saw the movie “What dreams may come” directed by Kiwi Vincent Ward. Must say that its visually stunning movie. Quite thought provoking, as it deals with a non judeo christian look at life after death – with strong theme of reincarnation. It also provides a glimpse into hell that very visceral – not one where God condemns you but where you essential condemn yourself.I am interested in reading the original book. 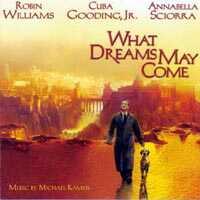 It reminds in bits about the Bardo Thodol, or the Tibetan book of the dead – A guide for the dying of how to approach your death. See: Tibetan Book of the Dead

It does have the “happy hollywood” ending – but its not so bad, as it shows life going on in cycles. Its sweet but not saccharine. Its labeled as a romance, but there a much more esoteric sentiment to the movie.

Window Media Error – What is up with that? 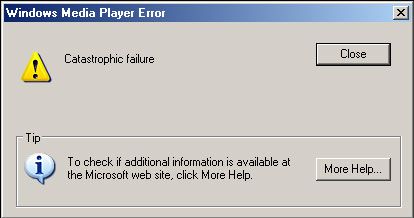 (Warning: Contains Foul and Colourful Language, read at your own risk)

We sat in the car, watching the dreadlocked characters lean against the wall and smoke weed. Ben and I were trying to muster the courage to walk inside the East Tamaki Sports Bar. The “Rap Wars” were taking place that night; it was an open mike MC Battle in the most notorious section of Auckland known as Otara.

We had been warned about Otara. Clearly from the last few people entering the bar, we were the only caucasion persons in the neighbourhood. My pale skin, not having seen much sun from the rainy New Zealand winter, glowed as bright as the bawdy neon sign outside the bar. A few hours before I arrived a friend had warned me about a decapitation that took place in the area. But Ben and I finally gathered up enough nerve to enter the facility.

When we entered, we were pleasantly surprised at how laid back it was. The rappers partaking in the MC Battle were as follows:

MC Lucky: A paraplegic white guy that looked liked Jesus with a dirty t-shirt in wheelchair
DJ Inept: I forgot his real stagename, but he was a rather inept rapper.
MC Anger Management: Quite an angry rapper, like to use the word ‘m*therf*cker’ in creative ways
MC Tedious: A very smooth rapper, but tended to lull the audience to sleep
C100: An imposing 6-5 native that looked as he was suffering from a severe bout of clinical depression
DJ Geekface: A nerdy looking MC with horned rimmed glasses

MC Anger Management defeated DJ Inept in the first round. Not much of a contest here, Anger Man being the clear winner. However, I did wish I brought an umbrella to shield myself from the spittle of his violent invectives. He lost his next battle to DJ Geekface. I think he ran out of saliva at that point.

C100, the 6 foot 5 rapper won his battles against DJ Geekface and MC Tedious. You wouldn’t have known from his expression; he looked like someone that ran over his dog.

The night belonged to unlikely hero MC Lucky. Some of the more memorable lines from this paraplegic rapper included this routine against DJ Inept:

yo, yo man I’ll kick yo’ ass out the mutherf*kin door
yo, you just like a three dollar g-string on a two dollar whore

yo, yo man you prance around like someone famous,
let me let you in on a secret: you suck anus!

So ended the night, MC Lucky was the winner. And Ben and I left, un-decapitated.

Who woulda thought a kid who grew up in the sticks in Georgia would end up living here?
Yet here I am!

Everything about this country so far strikes a deep contrast to life in the US particularly when I lived in Florida.

The beaches are so clean, uncrowded. People are friendly. There is so much natural beauty its amazing. There are areas on the south island where no man may have set foot yet.

Sorry about the randomness of this blog, just felt the urge to state how lucky I am to live here.

The poker-faced official at the immigration counter handed back the passport. 20 July 2002 was stamped inside with dark ink.

Everything was going to be different from this point, though I could not quite grasp how. I went to the terminal to get my only worldly possessions; a scuffed and battered nylon backpack and a small grey suitcase. I tried to take in my new surroundings. I never felt so uncertain of anything in my entire life.

This new life didn’t begin very smoothly. I called up the only friend I knew in Auckland. This individual, though knowing in advance I was arriving, now expressed no real concern to see me. Then there was the hiring of the rental car. Signing the lease was no problem, but driving a car with the steering on the left hand side is just obscene. I spent 20 minutes in the parking lot trying to muster the courage to insert the key into the ignition. Though I had driven on the “obscene” side of the road before, that was 3 years ago and never with a manual transmission during the night.

At my first attempt of reversing, I nearly hit a 6 foot 5 Samoan who was crossing behind me. He shot me a pretty nasty look and I tried to make my self invisible behind my seat. He thumped 2 very large hands on the boot of the car which sounded like 12 gauge discharging. I thought I was going to be sent back to Florida in a make-shift casket made from this hired Toyota. Then the unexpected happened. He let loose of a large toothy grin and walked off. I will never forget how eery his smile looked, the way red brake lights reflected off his large gold tooth.

I managed to successfully reverse, but not after running over the curb and driving on the wrong side of the first round about I faced. Luckily there were no vehicles present at that gaffe.

I struggled on my way to the Sky City Lodge, a hostel that was located about 10 Kilometers from the airport. It was dark, but at least I had no trouble seeing. In fact the view from the front windscreen was crystal clear because I had consistantly confused the wipers for the turn signal. More than once I heard a blaring horn from an offended driver. The wipers beat their steady cadence across the windscreen.

After missing the entrance to the hostel twice, I finally entered the driveway. There were no lights on inside the hostel. As I approached the building a large german shepard snarled and snaped at me from behind a metal link face. Drool hung in two large white strings from either the side of its muzzle. After bestowed by so many of these little warm welcoming gestures, I was wondering if I was meant to be in this country. The door was hastily slung open and a gruff man introduced himself as the hostel owner. He told me to get inside. He gave a 20 second tour and told me if I had any questions to ask him in the morning. He then stomped off to his bed which was in the house behind the hostel. I was the only person staying in the hostel that night.

I threw my sleeping bag down on my bunk. I wanted to collapse and die right there. I decided to make some tea before throwing my bones on the bunk. In the kitchen, I found some tea in the freebie bin and put the water on the boil. I sat down in that lonely kitchen with my tea. It was so quiet and cold. I hung my head down and let the steam from the hot tea heat my face…

I was so startled, I spilled the tea all over the kitchen tiles

“Oh dear, laddy, I gave ya good fright didn’t I? Let me getta tow-el and clean it up for ya.”

I forgot his name, but the old gentleman was visiting from Kilkenney, Ireland. He wanted to know if I would accompany him to the pub accross the street to watch the rugby match between South Africa and New Zealand. He had a very kind and merry demeanor. After we cleaned up the tea, we headed to the pub together.

I loved hearing his voice. There is something very musical about the way the irish speak. We found a table and he shouted me my first beer in New Zealand. It was a Lion Red. We chatted and watched as the New Zealand All blacks pummeled South Africa. We talked about irish sports, such Gaelic football and hurling. We then moved on to the American sports of baseball and grid iron football. We analyzed the similarities and differences between rugby and grid iron football.

We shouted each other a few more rounds of beer. He told me about his family, about how his youngest son was getting married here in Auckland. We talked for hours. He asked about my family and what they thought of me leaving so far from home. We talked about America, Ireland, and lastly New Zealand. Before we left the that evening, he said:

“New Zailand”, he proclaimed, “she’s nawt al-ways whot ye think she is, but she’s all ye need her ta be”

So today is March 17th, 2003, Saint Patrick’s day. I am sitting here in front of my laptop inside my apartment in Glendowie. I am thinking about those words that wise old irish man told me on my first night in New Zealand. I never intended to stay more than a month, but here I am. In New Zealand.

“she’s nawt al-ways whot ye think she is, but she’s all ye need her ta be”