I recently found the time to shoot some polaroids again. It was UV ID, expired in October 2009. They have been refrigerated, but unfortunately, that doesn’t always mean they will work. The medium tends to stick together, and it takes delicate and nimble fingers to resuscitate them. Out of a pack a of 10, only 5 came through. The first 5 where stuck together, and it took a pair a tweezers to make sure the paper ‘tabs’ where properly pulled through the ‘ringer’. Rescuing half a pack is a pretty fair deal, I have lost whole packs before. Not all of them turned out the way I wanted too, but that’s life.

Here’s a couple of from pack. I will say that UV-ID is my favourite Polaroid film. Its got a weird and wonderful indigo cast (I believe its the same as 669, but when held up the UV light it shows a polaroid watermark – it was used for badges, ids, and the such).

This is a roadside monument on the South Island of New Zealand. The swirls in the sky are not clouds, rather its the effect of the expired film.

We grew some pumpkins this year, the smallest ones are ornamental, the larger yellow/green striped ones are Styrian (very tasty seeds), the smaller orange ones are ‘Hokkaido’ or ‘Kuri’ pumpkins, which have a rich chestnutty flavour. So why not take a photo of the harvest? 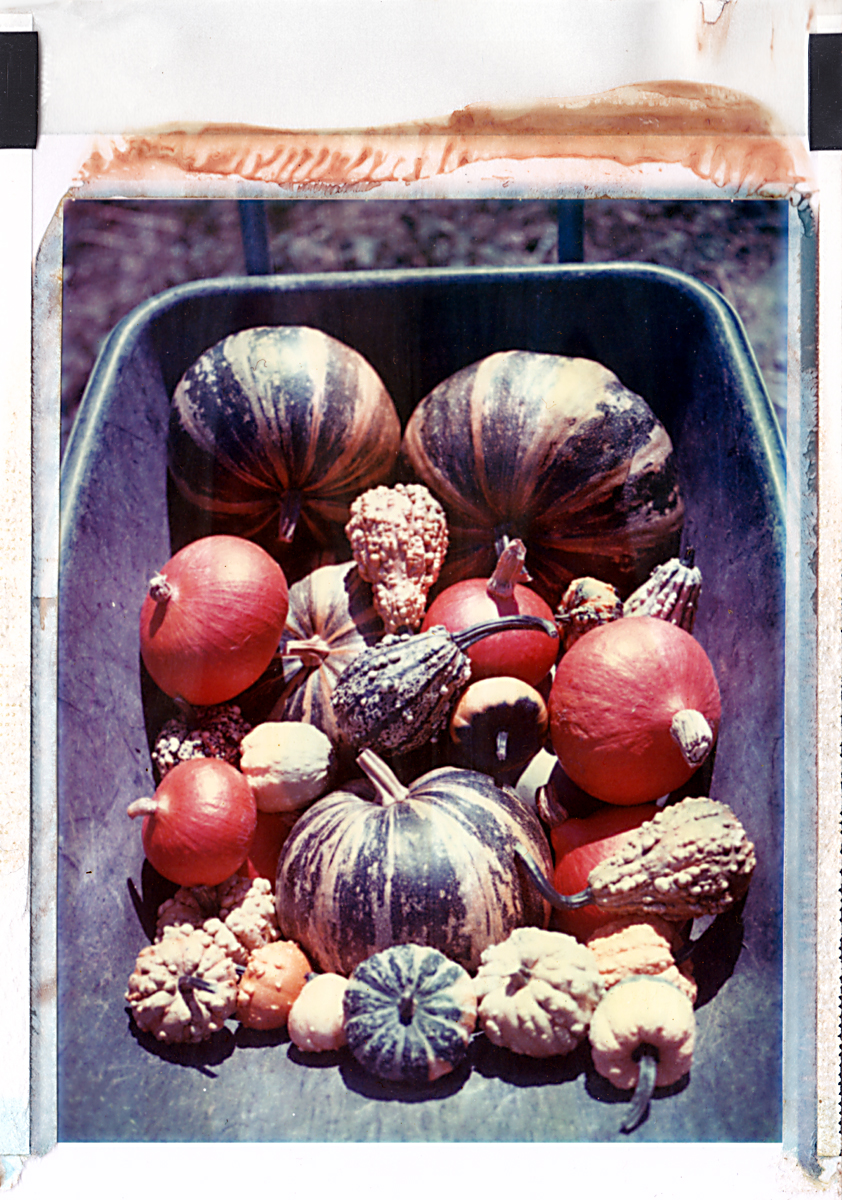 I also found a little half frame camera in my glove box which had about 60 photos on the dial, may be time to bring out the development kit again!