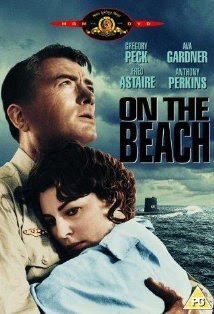 I’ve recently found the Post Apocalyptic movie “On the Beach” in the bargain dvd bin of my local discount store. I’ve heard about this movie for years, so for $5 I thought I would give it go.

With going to much into the movie, I would highly recommend it. Being filmed in 1959 – you’d think that it would be quite dated. While certain segments were dated (eg the car driving with the moving background on the back windcreen), many scenes looked quite good. Particularly surprise where the racing scene crashes, where real cars were blown up – not cgi.
Other scenes were a bit surreal as well and it retains a pretty good rating of 7.4 on the imdb website. It is based on the Nevil Shute Novel that goes by the same name. You can read more about the details of the movie on its wikipedia entry.
Read more about ‘On the Beach’ here.
A bit of short synapse from imdb

In 1964, atomic war wipes out humanity in the northern hemisphere; one American submarine finds temporary safe haven in Australia, where life-as-usual covers growing despair. In denial about the loss of his wife and children in the holocaust, American Captain Towers meets careworn but gorgeous Moira Davidson, who begins to fall for him. The sub returns after reconnaissance a month (or less) before the end; will Towers and Moira find comfort with each other?

Here’s another little gem, its a Melbourne Newsreel which talks about how they cleared the streets of Melbourne to shoot the film:

Spoiler Alert (highlight with mouse to read):
If you are wondering why everyone falls silent after Moira and Captain Towers playful wrestling on the beach, its because he inadvertently calls Moira his wife’s name ‘Sharon’.