Here’s a great site to view what could happen after the Apocalypse – Opacity.com. Here are beautiful photos of abandoned factories, miltary installations, mental institutions and more.

A small preview below:

Peenemünde is a small German village located on Usedom island on the Northern coast of Germany, and was selected to become a rocket proving ground and research facility after a site at Kummersdorf proved to be too small. The Reich Air Ministry paid 750,000 reichsmarks to purchase the entire northern peninsula of Usedom island in 1936 to develop two major areas of a secret base – the Army Research Center and rocket site on the eastern side, and a Luftwaffe test site on the west. 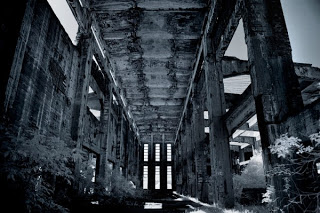 Camp Bluefields was built in 1910 as a training academy/rifle range for the National Guard. By 1913 problems arose as the bullets rained down upon the residents of Grand View On Hudson, and after multiple complaints and fires, it was shut down. From 1913 to 1918, it was used by the New York YWCA as a womens camp, then it returned to its use as a training camp in 1918 in preparation for World War I. 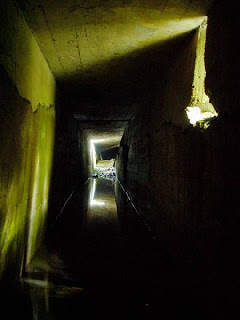 Resting in the Hudson River, on Pollepel Island, is a crumbling hulk of intricate concrete and brickwork that was once Bannerman’s Arsenal. In 1900, Francis Bannerman VI bought the island to store ammunition for his prosperous military surplus business; more specifically, when he bought 90% of the US army surplus after the Spanish-American War ended and needed a place outside of New York City to store it all. The arsenal (sometimes referred to as “Bannerman’s Castle”) was constructed from 1901 to 1908, and was modeled similar to the architecture of an old Scottish castle. 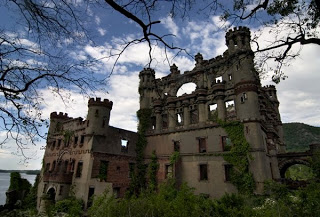