Post Apocalyptic maps are nothing new – but they did become popular in recent years with the ‘I am America’ map of earth changes in 1989. I’ve collected a few of the these earth changes/Post Apocalypic Maps for you to see what could be in store for us at the end times.
The general cosensus is: Avoid Florida.
I am America Map – US Version 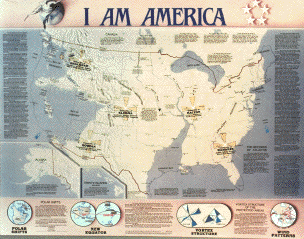 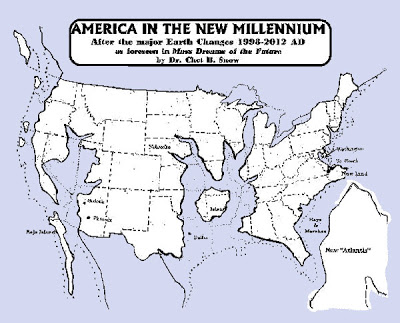 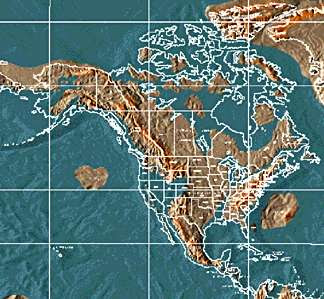 This is another map base on I am America found here: http://www.wovoca.com/

I am America Map of the world: http://www.dnaupgradingandascension.com/changesofourworld.htm

Alternative History board has a fun thread going with Post Apocalypic Maps of America, once again, if you live in Florida, your f**ked: This map was posted by user euio

Feeling a bit deviant, try one of these nuclear blast zone maps on your home city, or better yet, the city where your ex lives. This a fun little tool done in google maps from http://www.carloslabs.com/projects/200712B/GroundZero.html 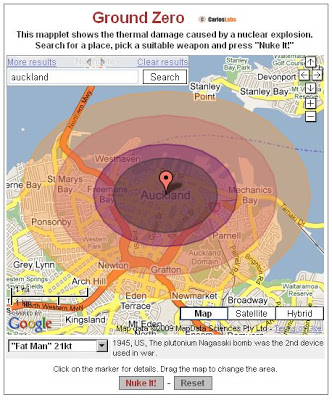 Along the same lines as above, this map from http://nuclearsurvivalist.com/ shows where to avoid living in the USA when the bombs come a fallin’: