This my reflection one of the most powerful photographs of this century – ‘The Falling Man’ by Richard Drew. If you want know the background of this photo – please see the movie 9/11 The Falling Man. It is gripping story of the power of a single photograph. While most will talk about personal story about the photograph, I will attempt to discuss some of the elements that make this photo especially powerful.

This photograph – was published in a completely different crop from the originally version: here are both versions:

Vertical Crop as released by the press: 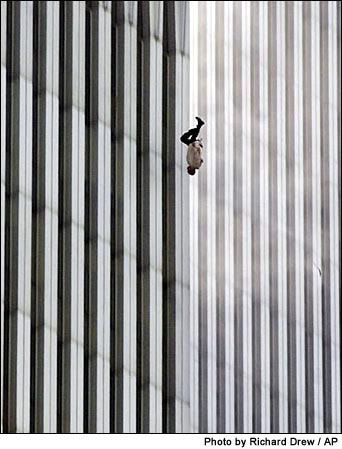 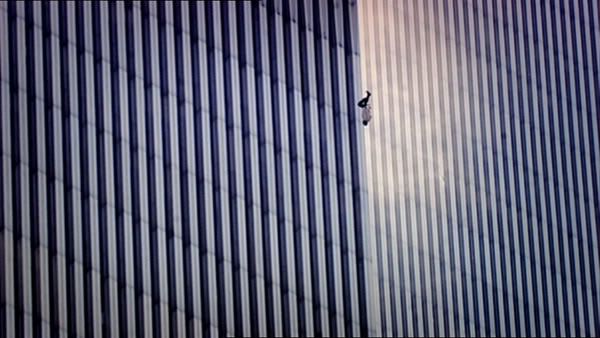 Note that horizontal crop – is not available yet doing google searches. I took this screenshot from the DVD.

As you can see, just buy changing the crop dramatically change scope the picture. The vertical crop zooms in the subject – it at once becomes more personal. Here are few thoughts about the vertical crop that come into mind.

By cropping the image vertically – you increase the impact of the photograph. You bring immediacy to the subject matter. You punch the viewer in the proverbial gut. The original shot in a certain sense is more holistic. Here you have man who was probably around 180cm tall pitted against the backdrop of a massive tower which was approximately 415 metres high. What lose in immediacy you gain in perspective.

The ‘lines’ of the two crops are completely different and each powerful in their own way. The vertical lines give a sense of falling, but an even stronger aspect are the vertical lines. Notice in both crops there diagonal line that points directly to the head of the falling man.

The horizontal version has something the vertical crop doesn’t – curved lines. In the shot, there is almost half a spot light on the falling man. You can visualise this as a semi circle. These contrast to the straight vertical lines. This ’spot light’ softens the falling effect in my view and gives it more a floating, surreal feeling. It allows the eyes to meander over the entire photograph – taking in not just the falling man, but the entire building and the entire event that took place.

This is photograph by no means is easy subject matter. Like Eddie Adams or Frank Capra (in)famous war time images it provokes a multitude of different feelings. What struck me is how something as simple cropping the image elicited different emotions for me. Regardless of the crop – it is a timeless harrowing photo that is not easily forgotten.

The posture of the man is at once graceful. In actuality a series of the shots indicate that he had a twisted and contorted fall – yet in the photograph it looks almost blissful. The Photo was taken, as the famous French Henri Cartier-Bresson would have said, at the ‘Decisive Moment‘.

Personally, two archetypes come to mind when I look at the posture – the idea of superman diving from building and also the more obscure ‘hanged man’ tarot. Each of these images has powerful and possibly subliminal meanings. 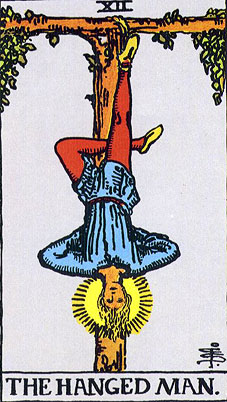