During the Second World War, the USA need to use its Nickel and other alloys for the war cause. So during the war, the Nickel, or the five cent piece, was made of 35% silver, 56% copper and 9% Manganese. Production for the war Nickel began in 1942 and ended in 1945.

These are some of the cheapest investments in Junk Silver. Here are some unique facts about the War Nickel:

Below is the list of years and Mintage of war Nickels: 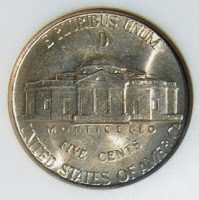 For New Zealanders, this coin is an excellent entry into the Silver market. You can still pick up rolls of War Nickels very cheaply – check Ebay for the best deals (be sure to check postage as well, you should be able to have shipped to New Zealand for about 4 usd ($6.35 NZD).

Personally, I like this humble little coin. Most of the ones I’ve collected are well circulated, but despite of the wear, I think these little coin are deals. If the price of silver really spikes, these little coins would be the one least expensive investments to buy!

The USA, by far, seems to have the most ‘Junk Silver Around’. Here are some popular coins to look out for and their silver content:

This is not an exhaustive list of American Junk Silver but these are coins that are found commonly in the market place and are easily recognised.

A special note, if you are travelling to the USA – check your pocket change. Silver quarters, dimes and War nickels look identical to current currency. I’ve found several dimes, a few nickels and the odd silver quarter in my change.