Only recently discovered in the deep, dark antarctic confluence of the Pacific and Atlantic oceans near Tiera del Fuego – the Great Southern Blarg Seal might be the most successful mammal to adapt to climate change. Discovered by the Royal New Zealand Antarctic commission in 2011, it has reported that the Blarg Seal population has risen by nearly 350% since its initial discovery. Blarg seals curl up into a cannonball and can descend 9,000 metres (30,000 ft) to eat their favourite deep sea jellyfish. The key to their deep dives are their soft bones and pressurised blubber. Experts are worried that the success of the blarg seal might deplete jellyfish populations in the short term. Pen and paper. 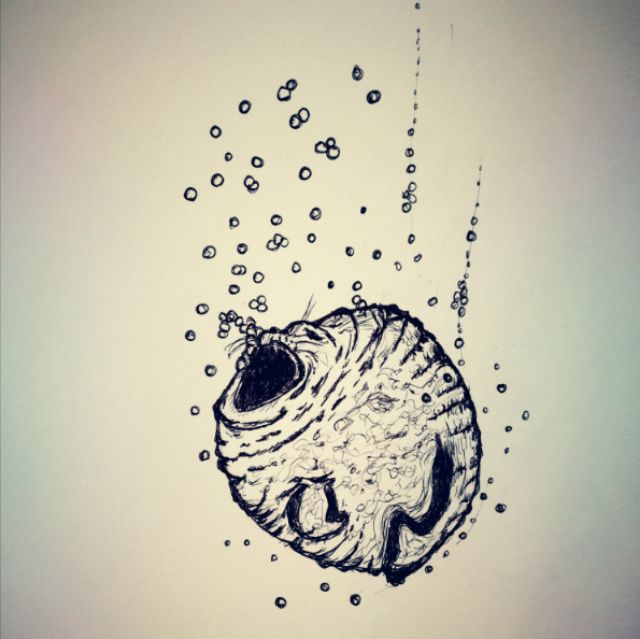