sketch 1: ‘The crossed bison’, Lascaux cave. Early art had advanced perspective and depicted animal movement more accurately than many modern artists did. Sketch 2: True Viking Fact #1728 Although edited out by most historians of the 19th century, the Valkyries rode Bull and used their bras as slingshots to vanquish foes on the battlefield. 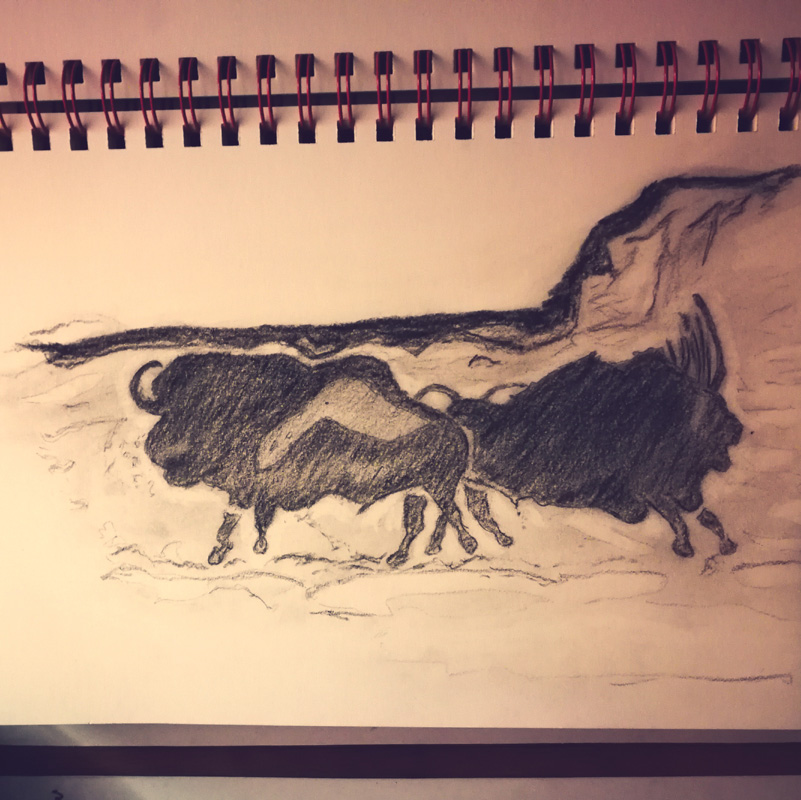