Each segment below looks at a certain change in sea level. While there is agreement that sea levels will rise, there is debate about how much it will rise. Here is a chart from IPCC.CH site(Intergovernmental Panel on Climate Change) which measures such things:

The worst case scenario is when all ice melts bring up sea levels potentially to 65 meters. The image below is a graphic from John Englander’s youtube presentation ‘Hide Tide on Main Street‘. 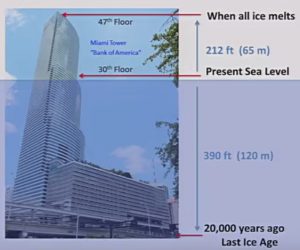 Lastly, this is not a scientific research, I am just doing my best to compare where coastline flooding effects some world’s richest cities. I would highly encourage to come up with your own conclusions about the veracity of these findings.

Hong Kong will start start having some serious problems at a  7 meter sea level rise:

The brunt of this will on the New Territories Peninsula. Kowloon, where property prices average above 1200 per square foot, will also see flooding. In the Islands Distract, you will need to make sure your Airbus has pontoons to land, as it will be completely submerged if a system of dikes is not built. You might only see the mouse ears (instead of the whole mouse) as Hong Kong Disneyland will be mostly underwater.

Hong Kong Island, which is over $2000 USD per square foot, will have trouble around its forshore, particularly around Victoria Harbour.

Vancouver will start seeing problems at 3 meter rise – a 20 meter rise will be catastrophic. 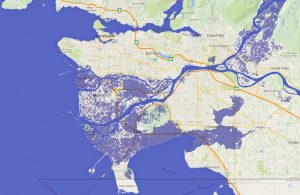 At 3 meters, Vancouver Airport, Richmond, Delta and Surrey will have serious problems. In fact during questioning on the video High Tide on Main Street, a person comments that the airport and Richmond are essentially ‘canaries in a mineshaft’. Anywhere around the Fraser river valley will have to contend with extreme flooding.  Granville Island will become at best a sand bar with a 5 meter rise.

The most expensive parts Vancouver, which include Kitsilano, Downtown and Mt Pleasant, where property prices are around $375 a square meter, will be submerged at 20 meters.

Although the Fraser Delta might look take the brunt of damage from sea level other parts are not immune. Severe flood damage took place on the Vancouver north shore in 2014; there major rivers area including Capilano River, Lynn Creek, Seymour River as well as several lakes and inlets that could damage the area from meltwater. 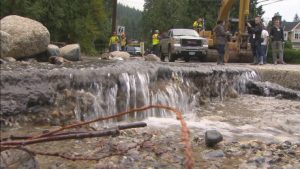 The map below show Sydney, Australia with a sea level rise of 5 meters. 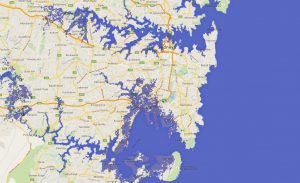 At the pictured level, Kingsford Smith Airport is mostly underwater, as are most commercial sections of Port Botany.

At 7 meters, most of the foreshore around Sydney Harbour is underwater, including Darling Harbour, the Rocks and Sydney Opera House. The following expensive suburbs are also affected, I’ve shown median house prices here:

In addition secondary considerations about erosion should be considered, especially on Sydney’s southern coast. There is already concern about the Sea Cliff Bridge, and many other parts of South Sydney would be in danger from higher sea levels.

At 7 meters, San Francisco will start to reel from flooding. 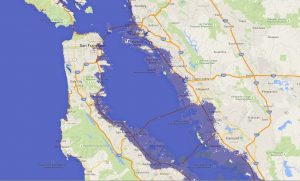 ATT park will become a part of McCovey Cove. Marina District, North Beach, Mission Bay, Dogpatch, all where properties can fetch well above $1000 per square foot will be mostly underwater. South San Francisco, SFO and all the way to Palo Alto with high waters. Across the bay, Oakland will be having problems of its own.

While the map above depicts problems in the bay, the coast areas will have their own set of issues. Ocean Beach on the west San Francisco is no stranger to erosion, as the photo below depicts. How much worse will it get when the sea level rises?

Just a bit south of San Francisco, San Jose will start feeling the effects of sea rise at just 1 meter get dramatically worse after that. The map below shows San Jose under 3 meters of water. 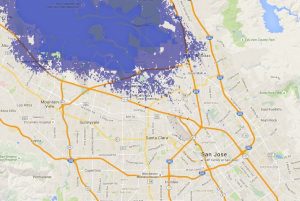 North San Jose, where property prices are over $500 per square foot would be the first part of San Jose to be effect. Larry Page and Sergei Brin will be taking their kayaks to the the Googleplex. Neighbouring Palo Alto where homes can be over $1000 per square foot is also in danger of being submerged.

Other features such as Moffett Federal Airfield, a Google’s own airport, Shoreline Amphitheatre and several parks and refuges will also be under water.

The map below shows Melbourne submerged beneath 9 meters of seawater. 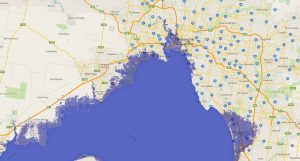 How will Melbourne’s most expensive suburbs fare? Here are some expensive Melbourne suburbs that are affected by rising sea levels.

Melbourne Tullamarine Airport, is one of the few airports in this post that is not affected; however, Avalon Airport which is further southwest on the coast is under water.

The only non-coastal city in this post, London, will still see significant damage from an increase in sea level. The map below shows a 7 meter rise.

Below is an image from the BBC which demonstrates the flooding that can take place on the River Thames:

The map below shows the effects of a 5 meter rise in sea level in San Diego. 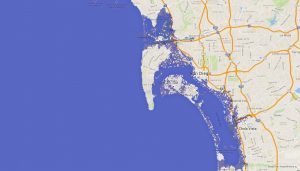 According to Trulia, here are some of the highest valued suburbs of San Diego affected by a rise in sea levels:

In addition to the suburbs above the following areas and landmarks are also impacted by rising sea levels: SAN Airport, Naval Base Coronado, Fiesta Island, Seaworld, Old Town and parts of the San Diego River.

Largest city in New Zealand is shown below under 7 meters of seawater:

Unfortunately, I couldn’t find the price per square foot, but here are the most expensive suburbs that will be troubled by a rise in seawater:

Currently, the city is developing the Wynyard Quarter. Currently the apartments being built there are valued at up to $3.2 million dollars. If sold this area could be one of the most expensive area in Auckland. Unfortunately, this is also the one of the most precarious areas as result of being land reclaimed from the sea. Maps indicate that the entire waterfront area including the Wynyard Quarter, Viaduct, Ports of Auckland and Judges Bay will all experience high levels of flooding.

Additional maps of Auckland can be find on http://www.musther.net/nzslr/. These maps show scenarios of 10, 25 and 80 metre sea level rises.

Our final city, Los Angeles is mapped below at 7 meters below level. 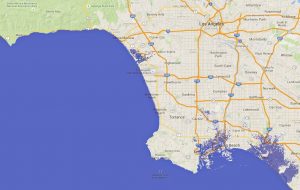 Los Angeles is interesting because its further inland. Property prices for some of affected are not a high as the cities listed above. At a 7 meter sea level rise, LAX airport is only has minor flooding, it doesn’t seem to get flooded out until about 30 meters. While the airport may be more resilient, the Ports of Los Angeles are not: Terminal Island will be nearly completely underwater at 7 meters.

So what can we learn from all this?


The richest areas are amongst the first go.
Its simplye to see that coastal areas are most desirable for the affluent, however these areas are the first to be affected by climate change.

Sea front lands are essentially leasehold lands.
This something that is emphasised by John Englander who wrote High Tide on Main Street. Lands near the ocean have a ‘limited’ timespan, unless serious engineering feats are made. Its better to consider these as leasehold lands.

Airports are at danger in nearly all locations. Because most airports require flat land that is commonly found at sea level (and often close to the ocean), this means that in most of the cities listed here are in danger.

Mitigate vs Adaptation.
Good news here that there are ways we can mitigate the effects of rising water. Adaption, on the other, will a rather expensive way to deal with this: forcing our will on the changing climate will be both expensive and impractical. Find ways to lessen the blow and work around rising sea levels is most pragmatic approach.

See excellent video below by John Englander which influenced this post: