As I don’t have a car at the moment, I haven’t been able to hit the road and take many photographs. I had a few pictures left in my Instax Wide, Polaroid 1200, and Polaroid 600SE (my new favourite camera) and decided to take a few snaps. I have skylight in my place so I decided to muck around with a few shots that my girlfriend had brought home:

Fuji Instax wide:
Here we see that colour is what Fuji does best. Its nicely saturated, the colours are rich and accurate. Whats nice about this film is that its still currently produced. I like this film because its very consistant and reliable – but I also don’t like it for the exact same reasons! Its great film for documentation. This was shot with a Fuji Instax 200 camera with a jerry-rigged polarising filter. 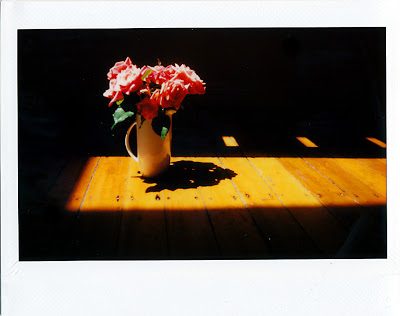 Polaroid Spectra
This film was expired in Dec 2007 – so when it was shot it was just shy of 3 years past its expiry. This was also shot with a jerry-rigged polarising filter (held on with my hand). Here you can start to see the differences with Fuji. The colours are warmer and more artistic. The blacks in background aren’t pure black. Its got its own character, probably not the best film for documentation. 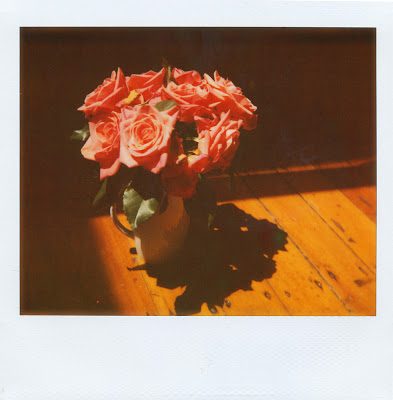 Polaroid UV-ID
Whats slightly ironic about this film, is that its supposed to be used for picture ID’s – therefore suppose to pretty bland stuff. This is anything but the truth. This film has become my favourite. Now this completely different from the above as this is ‘peel apart’ film, not integral (instax wide, spectra are both integral). As you can see, this film is much subjective than objective. It often has wonderful purplish hues and muted colours. To me this is the most artistic film of the three mentioned here. Its also slightly more volatile in the sense this particular film is about 5 years expired. This was shot on my Polaroid 600SE at f 4.7/60 secs. The borders are left from the emulsion. 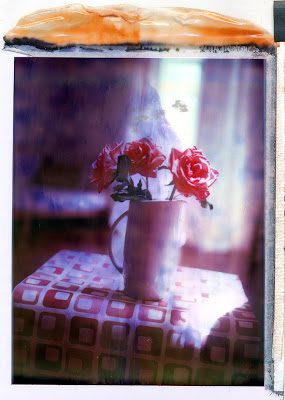