Upon browsing Metafilter the other day, I discovered an interesting article about a secret USA Film studio used in California for the cold war. Check out this article from the New York Times:

While many of the scientists who made atom bombs during the cold war became famous, the men who filmed what happened when those bombs were detonated made up a secret corps.

Their existence and the nature of their work has emerged from the shadows only since the federal government began a concerted effort to declassify their films about a dozen years ago. In all, the atomic moviemakers fashioned 6,500 secret films, according to federal officials.

For those a bit short on time, this video clip sums it up nicely:

There is a certain destructive beauty to these photographs of atom bomb testing; it certain would appeal to those with a penchant for Post Apocalyptic art. 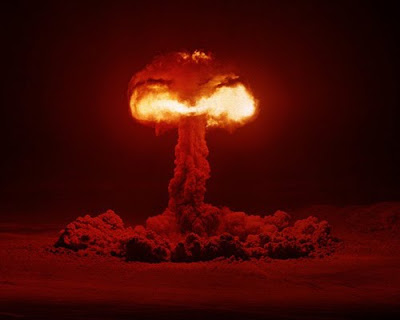