Bruce Francisco and his cousin Gregory Gibbons found a very unusual home with an equally unusual past in upstate New York. The two turned an Atlas F-series missile base from the Cold War into a most interesting home. Built by the United States government at a cost of $18 million each, the 12 bases were decommissioned shortly after they were built.

Some three decades later, Francisco and Gibbons purchased the site on the cheap for only $100,000. They built a cozy house atop the missile base to serve as an entrance to the real home down in the former launch control center.

Francisco and Gibbons transformed the upper levels of the control center into dining and entertaining areas. A spiral staircase leads farther below to the bedrooms. Altogether there are 1,300-square-feet of living space on the surface and another 2,300 below. And the underground space is the perfect place to hole up during the harsh winter weather. No matter what it’s like above, the temperature in the missile base hovers around 60 degrees.

But the 3,600-square-feet of living space is dwarfed by the 14,000-square-fee of unfinished space. This 180-feet deep, 50-feet wide area is the former storage space for the giant Atlas missiles. 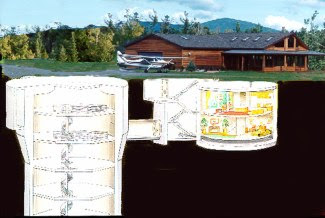 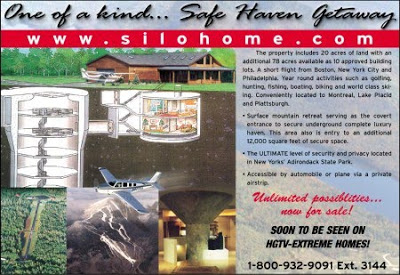