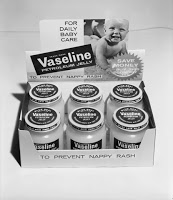 Los Angeles is having a celebration of 50 years of their Civil Defense – along with a nice array of nuclear holocaust goodies such as rations, guidebooks and um, vaseline:

The supplies included gallons and gallons of Vaseline, with advice for post-apocalyptic survivors to smear it all over their bodies as protection from radiation.

….as most intrigued by the four, five-gallon containers of Vaseline in each barrel. In the event of a nuclear attack, the instructions called for those taking radiation readings above ground to cover their bodies with Vaseline to prevent radiation poisoning.

Read more about it here 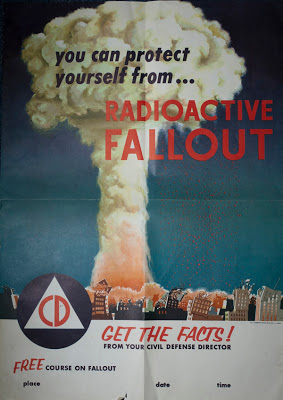