Ludwig Meidner was an artist famous for his Apocalyptic Landscapes that seem to prophesize horrors of the first World War. From Wikipedia:

Ludwig Meidner (Bernstadt, Silesia, 18 April 1884 – Darmstadt, 14 May1966) was a German expressionist painter and printmaker. He was apprenticed to a stonemason, but the apprenticeship was not completed. He studied at the Royal School of Art in Breslau and, from 1906-07 at the Julien and Cormon Academies in Paris where he met and became friends with Amedeo Modigliani. He returned to Berlin to work as a fashion illustrator and produced realistic if uninspired views of Berlin.
In 1912 he began a series of paintings which marked a radical departure in style and would make his reputation. The “Apocalyptic Landscapes” anticipate the horrors of the first world war by several years. The series, produced rapidly in a hectic heatwave, are some of the purest “expressionist” works, portraying the terror of the modern city in catastrophic settings; comets cross the sky like canon shells, fires rage, men scream and flee for their lives, buildings totter on the edge of collapse. Meidner would however never repeat the intensity and creativity of the apocalyptic landscapes.
After the first world war his art turns to producing religious paintings including a long and repetitive series of portraits of “prophets”. He is a habitual self portraitist producing a remarkable series of Rembrandt inspired self portraits that provide a vivid illustration to his passing years. His portraits from 1915 to the end of the 1920s are a gallery of the leading expressionist and Dada writers and poets. Meidner himself increasingly turned to writing – he produced several books of dense expressionist prose and contributed to many newspaper articles.
In 1939 he fled with his family to England (his wife Else Meidner was also an artist) where he was interned as an enemy alien on Isle of Man. He stayed in England, unrecognised, working in odd jobs until 1953 when he returned to Germany. In 1963 he had his first major exhibition since 1918 in Recklinghausen and Berlin. He died on 14 May 1966 in Darmstadt, aged 82. 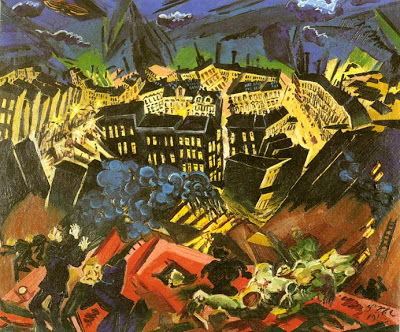 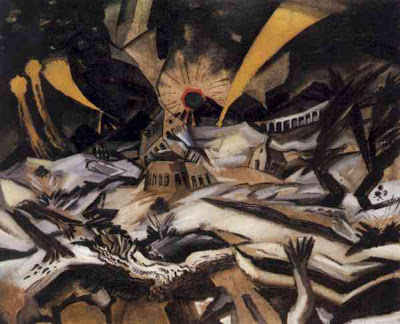 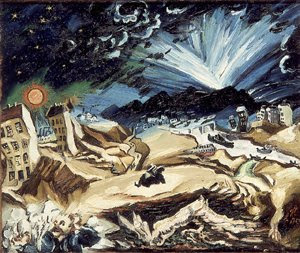 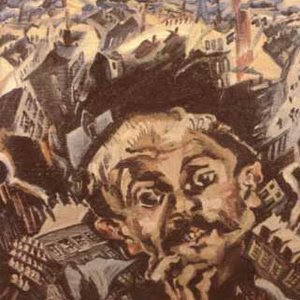