My first introduction to Peel Apart Instant was through my Polaroid 104 Land Camera. Like my Vito B, the owner was selling it on at an auction because he wasn’t sure if it worked and if film was still made for it. Here’s my review:

The Good
The Bad
The Ugly
The Verdict
Do I recommend it? Probably not. There are definitely better working cameras than this one, but you can get very good results from the camera. All my peel apart films posted here are from this camera, so you can get results from it (eg FP 100c Silk and Glossy, 669, UV ID, 125i, 669). In New Zealand, pack film cameras are hard to find for good price. Vintage camera stores have outrageous markups here so its best to look locallyon trademe or internationally on ebay for these types of cameras. I’ll probably replace it with another pack film camera in the future.
Here is the first shot I took from the camera. Its a bit underexposed, but it was magic pulling it out the first time – don’t read anything sexual into that 😉 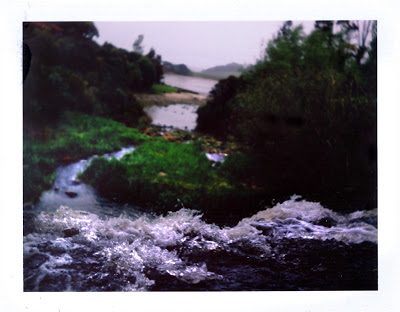