Shot on 779 Poloroid film (integral film)  at the old Parnell Rail Station – on of the few (in fact I don’t know of any other in Auckland) abandoned places in Auckland.  The ‘fairly lights’ are from the rollers when the film is expelled from the camera. The film is expired as well. 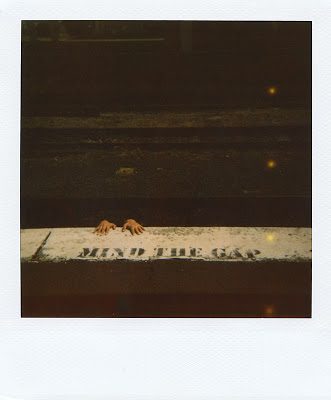