We have choices. Every time we use a word, it’s a choice. Societal inequality litters the English language but where we know about it, we can choose not to keep reiterating it. Helen Zaltzman, Allusionist 122. Ghostwriter 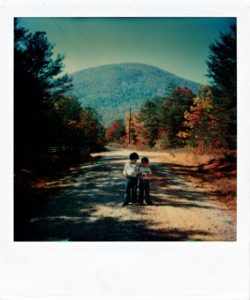 As a six-year-old growing up in the Blue Ridge Mountains, I remember one particularly crisp and delightful Autumn day. I vividly recall the musky sweet scent of autumn leaves, the golden rays of sunshine, and just how perfect everything was. My mother told me that days like this were called Indian Summer, and in my heart, I wished that every day could be like that.

40 years later, I experience another Indian Summer in Canada, just weeks before I return to my adopted home in Auckland, New Zealand. But the experience of this Indian Summer is different. The weather is indeed warm, and there are mad splashes of colour amongst the deciduous trees – the tell-tale signs of the fabled second summer. However, some things seem off.

The air is no longer crisp, it has now been marred by for a second time by wildfire fumes, leaving the hazy outline around the sun, and the skylines of both the mountains and the Vancouver city-scape. But there is something besides the acrid air that is bothering me. It is the name of my favourite time the year.

So why is the phrase “Indian Summer” bothersome? The first is that the use of ‘Indian’ is both incorrect and ignorant of both Native Americans and Indians from the subcontinent. Secondly, in many cases, Indian was used as a disparaging term to denote their dishonesty, such as the term “Indian Giver”. This can imply that an Indian Summer is merely a false imitation of the real summer, instead a time of wonder that can stand on its own.

Very little is known why Indian Summer came to be popular. The phrase originates from North America, and several theories include that it was a time Native Americans did their best hunting, conducted raids, or that the phenomenon was simply more common in indigenous territories. It was first recorded in a French written letter by a Michel-Guillaume-Jean de Crèvecoeur:

“Great rains at last replenish the springs, the brooks, the swamp and impregnate the earth. Then a severe frost succeeds which prepares it to receive the voluminous coat of snow which is soon to follow; though it is often preceded by a short interval of smoke and mildness, called the Indian Summer. This is in general the invariable rule: winter is not said properly to begin until those few moderate days & the raising of the water has announced it to Man”

Though the phrase, was North American in origin, it’s use spread through Britain and the commonwealth. Susan Fenimore Cooper, a noted American naturalist, stated:

The same soft atmosphere of the Indian Summer warmed the woods Windsor, year after year, while Geoffrey Chaucer roamed among their glads, the English would have had a word phrase to express the charm of such days, before they borrowed one from another country

Luckily there are many options to replace the phrase.

What are the alternatives to Indian Summer?

In her article, Let’s Choose a New Name for ‘Indian Summer’, Sarah Lackow reveals many excellent alternatives to Indian Summer. Similarly, Here is a short list of alternative phrases, most of these terms are from Europe, but a few come from other parts of the world:

Some of those terms are humorous, some are strange, and few are parochial and others are simply bigoted.

However, my favourite term is a term whose definition is not defined as Indian Summer, but whose etymology is a reference to those ephemeral, golden days of autumn: gossamer.

The case for Gossamer Days

Gossamer as defined by the Oxford English Dictionary is:

A fine filmy substance, consisting of cobwebs, spun by small spiders, which is seen floating in the air in calm weather, esp. in autumn, or spread over a grassy surface: occasionally with a and plural, a thread or web of gossamer.

Its origin is from Middle English, gosesomer, or literally “Goose Summer”. Gosammer may also have its origin in the old Scottish go-summer, which was another word for Saint Martin’s Summer. Gossamer also has connections to German sommerfäden, Dutch zomerdraden, Swedish sommartråd, all which mean ‘summer thread’.

Let’s look at the reasons why “Gossamer Days” is an excellent replacement for “Indian Summer”:

It is the language of Chaucer & Shakespeare.

Some of the earliest references of gosammer come from Britain’s greatest writers. As early as 1386, Chaucer wrote the following in the Squire’s Tale (part of the legendary Canterbury Tales):

On ebbe, on flood, on gossomer, and on myst, And alle thyng, til that the cause is wyst.

In 1599, William Shakespeare penned his arguably most renown work Romeo and Juliet, in which gossamer makes and appearance:

A Louer may bestride the Gossamours, That Idles in the wanton sommer aire. And yet not full so light is vanitie.

Shakespeare’s use of the word includes my favourite spelling of this word, borrowing the latter half of the word from the French word for love.

Gossamer also means light, flimsy, and/or delicate. What better way to describe our not only current climate status but the state of flux the world is in. Our planet seems much more fragile than it once was. Hearing the word gossamer reminds us to be better stewards of the environment, and also means that we should not take this time for granted.

Adding ‘days’ to end gives it the phrase more depth.

By calling it ‘Gossamer Days’ it gives a nod to ‘Halcyon Days’, a period of calm weather occurring in winter; also a period of calm, peace, happiness, prosperity, or success. It also gives it the flexibility to when this period can occur, instead of fixing to dates signified by a saint or festivals. Finally, there is book titled “Gossamer Days” by Eleanor Morgan, which is about human and spider relationships. Its usually during these final warm days of autumn when spiders spin their gossamer webs.

It is not ignorant. 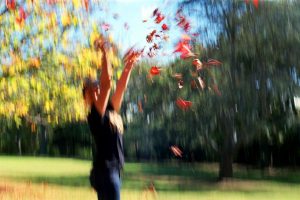 As a child, I was ignorant of the meaning of Indian Summer. I wasn’t old enough to question the phrase. However, as an adult, a certain cognitive dissonance set in; how could I still use this term? Particularly when the time of year that I so enjoyed was associated with such a loaded word. For me, it became a personal choice and helped align a beautiful time of the year with an equally beautiful phrase.

Renaming such phrases needn’t be difficult if one can make a personal commitment to do so. It can be something done with joy, and free from any external social or political friction. So whether you choose to say gossamer days, koharubi, or atvasara; choose a word that that is befitting to this wonderful time of year.

I for one, I am looking forward to another set of gossamer days in when I return to New Zealand!